A timeline of Stirling history

Events in Stirling’s cultural, economic, architectural and social history will be added to this timeline . We will add in further stories and events from the past as they are highlighted to us; and feature new stories to add to the history timeline. If you would like to contribute to the timeline, please get in touch with your suggested timeline listing, using the form at the bottom of this page.

Developed in collaboration with local people, communities, partners from the public, private and third sectors.? An ambition for Stirling?s people and potential to recognise the city as an economic and cultural powerhouse by building on its assets, to create a beautiful city which generates wealth & increased opportunities for everyone. See announcement in Parliament 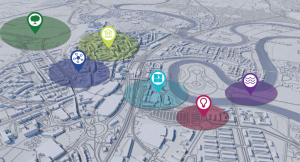 by the Queen to mark her Golden Jubilee. The new city beat off competition from Ayr, Paisley and Dumfries, in Scotland, to be one of the towns across the UK to be recognised. BBC website announcement 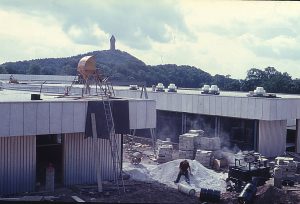 Wallace Monument construction completed on Abbey Craig at a cost of ?18,000

The Battle of Stirling Bridge was a battle of the?First War of Scottish Independence. On 11 September 1297, the forces of Andrew Moray and William Wallace defeated the combined?English?forces of?John de Warenne, 6th Earl of Surrey, and?Hugh de Cressingham?near Stirling on?the River Forth. 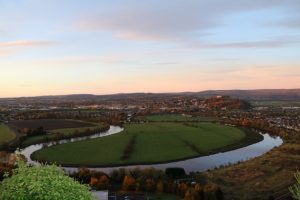 When Stirling was temporarily under Anglo-Saxon rule, it was attacked by Danish invaders. The sound of a wolf roused a sentry who alerted his garrison, which forced a Viking retreat. This led to the wolf being adopted as a symbol of the city. The area is today known as Wolfcraig.