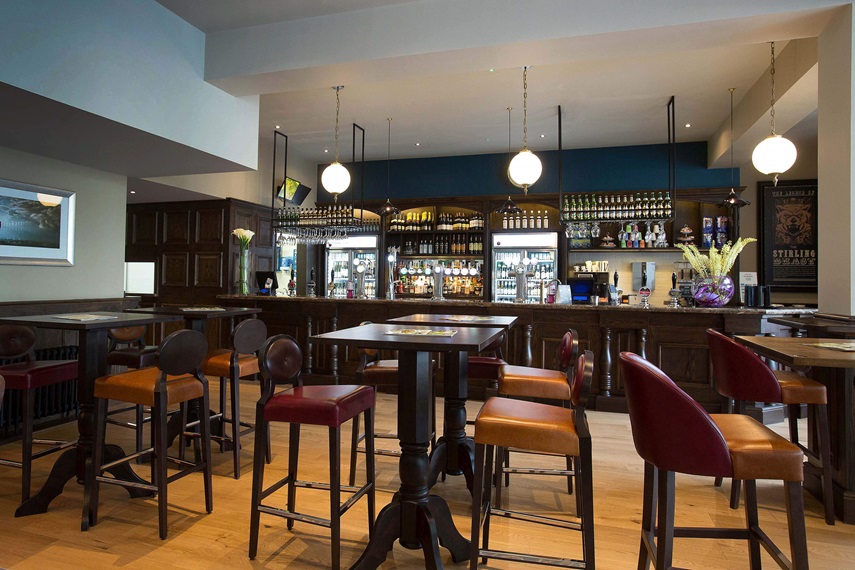 Situated in the Old Town, this is on the ground floor of a 1960s office block, built on the site of McCulloch & Young’s department store. Established in 1893, it was Stirling’s largest store, with frontages on Baker Street and Spittal Street. Baker Street was previously named Baxter’s Wynd. The bakers, or baxters, were one of Stirling’s seven ancient craft guilds. Their emblem was two crossed baker’s shovels, known as crossed peels.