Memorial to man who formed SAS 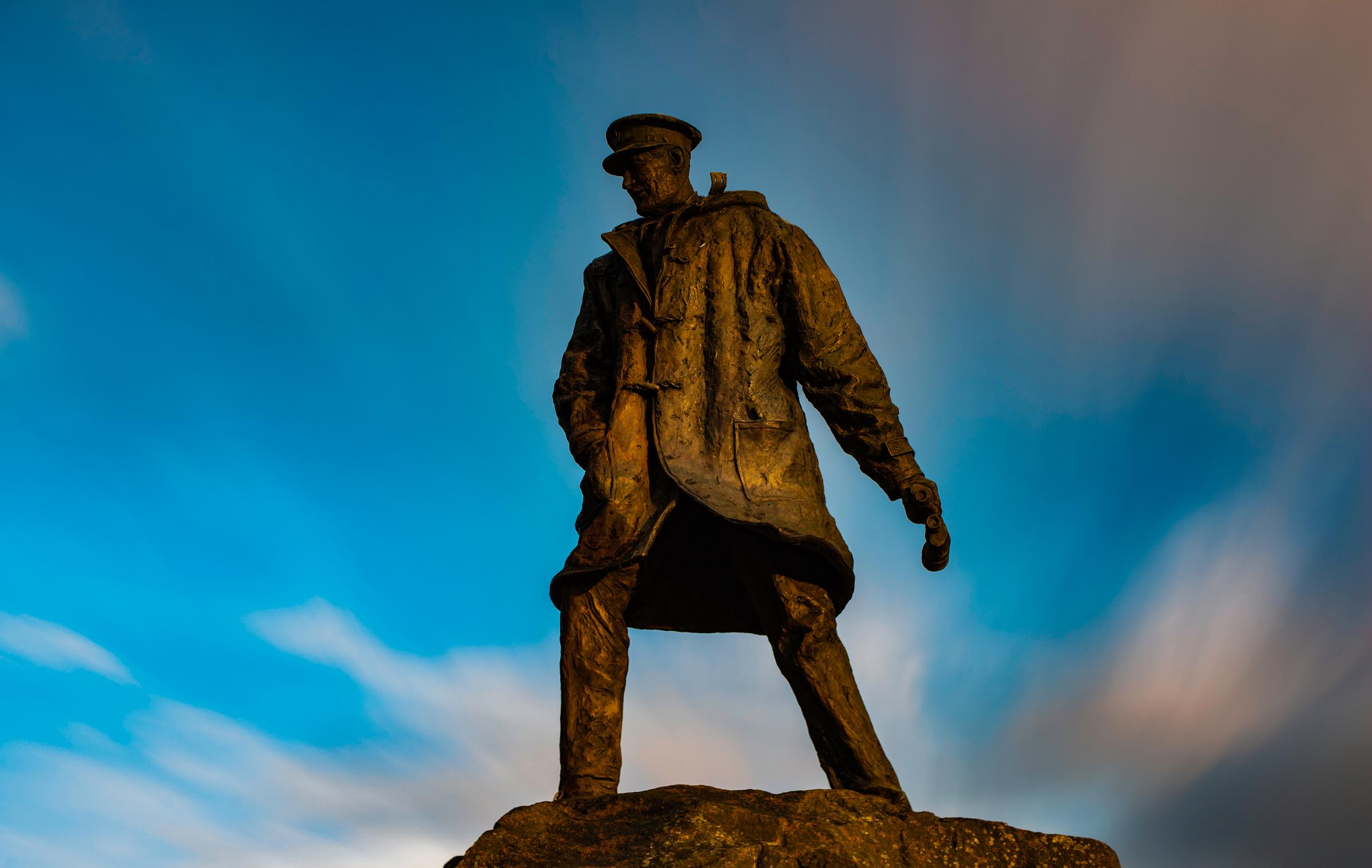 TRAVEL north from Stirling on the motorway and at the roundabout before Dunblane take the first left onto the B824. The road dips and rises and then the landscape opens up as the Trossachs fill your vision. That’s where you will find the memorial to David Stirling.

Erected in 2002 and designed by Angela Conner, it is a tribute to a man who was born at Keir House in the family estate nearby, Lieutenant Colonel Sir Archibald David Stirling, DSO, OBE, and to the elite military unit he set up in 1941, the Special Air Service. Memorial plaques to those members of the SAS who have lost their lives in service of their country are also part of the memorial.

Stirling, described by Field Marshall Montgomery as “quite, quite mad,” set up the SAS with six officers and 60 enlisted men as a mobile unit to inflict damage on enemy supply lines in the desert in North Africa. A new kind of military intervention. Many doubted the wisdom of Stirling’s plan, and it needed the personal intervention of Winston Churchill to overcome opposition from British High Command.

It proved a wise decision. Before Stirling was captured in Tunisia in 1943, his unit had destroyed 250 enemy aircraft. Stirling escaped four times before finally being sent to Colditz, where he remained for the rest of the war.

Read More: The Dunmore Pineapple and the American War of independence

Although disbanded in November 1946, the SAS was reformed a few months later and went on to see service in Korea, Malaya, Northern Ireland, the Falklands and during the Gulf War.

A War hero, mountaineer, and landowner, Stirling himself was a controversial figure in his later years as a result of his involvement in the arms trade and his anti-union activities.

But there’s a joie de vivre about Angela Conner’s public sculpture. Stirling stands binoculars in hand, duffle coat flapping. And is that a cigar in his coat pocket?

Conner’s figure looks as if he is ready to step off the plinth and stride off towards Doune and the mountains on the horizon. On a still Sunday afternoon with a constant thread of birdsong in the air and both the Trossachs and the Ochils in view, you’d be tempted to accompany him.

What to read: Ben Macintyre’s SAS Rogue Heroes (Penguin, £9.99) is the first authorised history of the SAS.